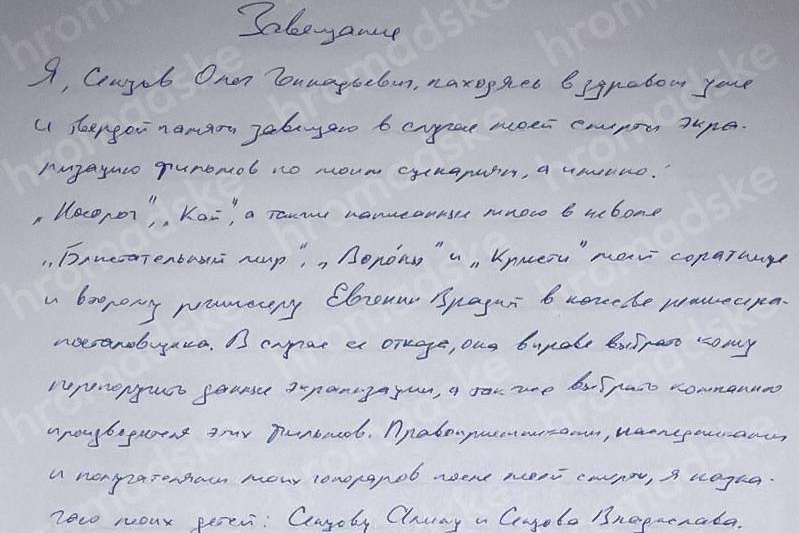 The film director’s sister, Natalya Kaplan, has released a will drawn up by her brother during his hunger strike in a Russian penal colony. The text of the will and a photo of the original were published by Gromadske. Sentsov specifically writes that in the event of his death that he bequeaths the rights to make films based on his scripts to his “collaborator and second film director Eugenia Vradiy” and appoints his children Alina and Vladislav as his heirs.

The will was drawn up in IK-8 Labytnangi on September 7. It was certified by his lawyer Dmitry Dinze.

Oleg Sentsov, sentenced by a Russian court to 20 years in prison on charges of terrorism, declared an indefinite hunger strike in May, demanding the release of all Ukrainian political prisoners.

On October 5, Sentsov said that he had to stop his hunger strike; otherwise, he would have been force-fed.

On October 25, Sentsov was awarded the Sakharov Prize, which is presented by the European Parliament to those who have made an “exceptional contribution to the fight for human rights across the globe”. The Ministry of Foreign Affairs of the Russian Federation called the decision to award Sentsov the prize “politicized”.