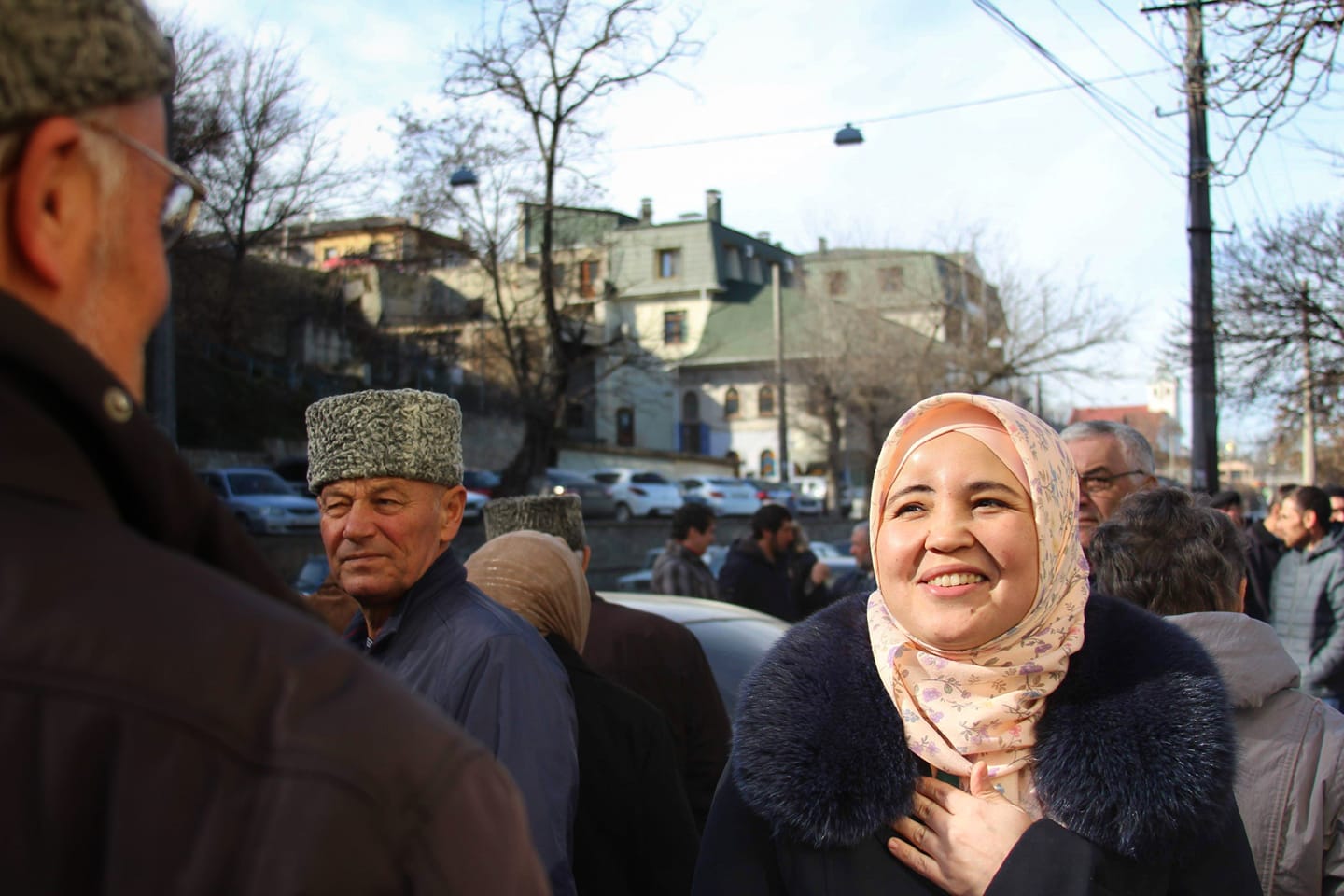 Two Crimean Solidarity activists, both of them mothers with young children, have been arrested in occupied Crimea and are being held in the so-called Centre for countering ‘extremism’ and refused access to lawyers.  This is the latest of many brazen attacks on Crimean Tatar civic activists in occupied Crimea, but by far the most serious to date against women.  Both women – Lutfiye Zudiyeva and Mumine Salieva – have played a major role in informing the international community about repression in Crimea and this is undoubtedly a further attempt to silence courageous activists.

Zudiyeva was detained on Thursday afternoon, 30 May, on her way home from the market in Dzhankoy. The occupation authorities appear to be laying a charge under Article 20.3 of Russia’s code of administrative offences, for supposed “propaganda or public display of symbols of extremist organizations or other symbols, whose propaganda or public display is prohibited by federal laws”.  Salieva, who is from Bakhchysarai and the wife of political prisoner, Seiran Saliev, was detained about an hour later in her own home.

This norm has been used to attack even lawyers, defending political prisoners.  Emil Kurbedinov, for example, has twice been prosecuted and, each time, jailed first for 10, then for 5 days, over the same innocuous video he reposted in June 2013, long before Russia’s invasion and annexation of Crimea.

The pretext found in all such cases is immaterial, since the Russian-controlled ‘judges’ provide the rulings demanded of them.

The objective is very clearly to crush Crimean Solidarity and all civic activism in Crimea under Russian occupation.

Both women were very aware of the danger they face because of their civic activism.  Ukrainian journalist Oleksandra Yefymenko shared the photo above, noting that during her last visit to Crimea (before being banned by the occupation regime), Lutfiye had asked her to find the best photo of her if she were detained.  It was doubtless half said in fun, but there was a deadly serious side to it.  She has four children, Mumine and Seiran Saliev have three.  It is very likely that the reason that lawyers are being kept out is to use maximum pressure on the women, quite likely through threats also linked with their children.