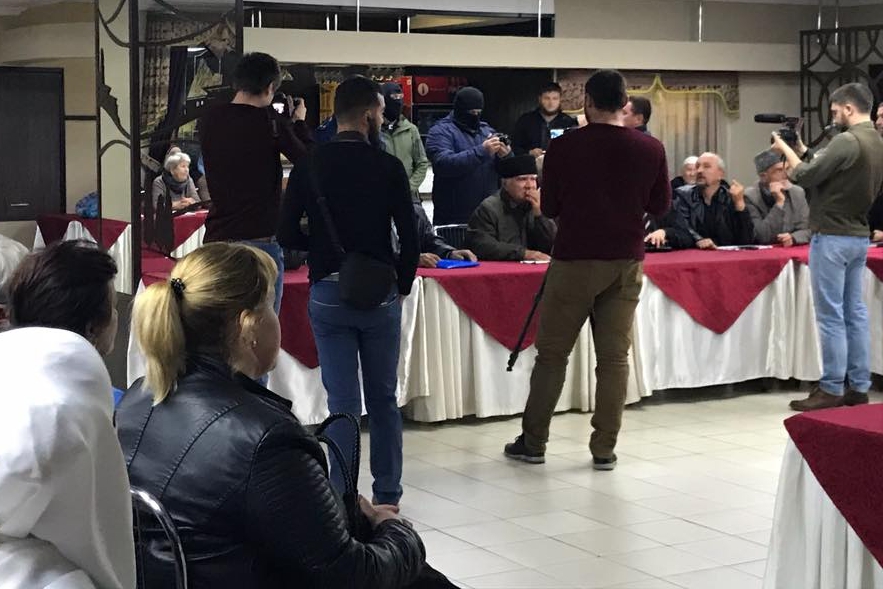 On the 27th of October at a Crimean Solidarity meeting in Simferopol, law enforcement officers showed up. Several masked people were filming this on camera. Lawyer Emil Kurbedinov has posted a message about this on his Facebook page. The same information has been confirmed by a correspondent from “Crimea. Realities”.

“Masked men are at a Crimean Solidarity meeting”, reported a correspondent from “Crimea. Realities”.

According to journalist Anton Naumlyuk’s post on Facebook, “Staff from the Center “E”, the police and the prosecutor’s office came to the Crimean Solidarity meeting. Prosecutor Valentin Chuprina said that he came by to check in on the coordinator of Solidarity, the son of the person involved in the case of Hizb ut-Tahrir Delyaver Memetova and human rights activist Lily Gemeji. “Now they are at the corridor waiting for the Solidarity meeting to finish up so they can question them”.

Official Russian law enforcement agency websites in Crimea have yet to provide any information on the matter.