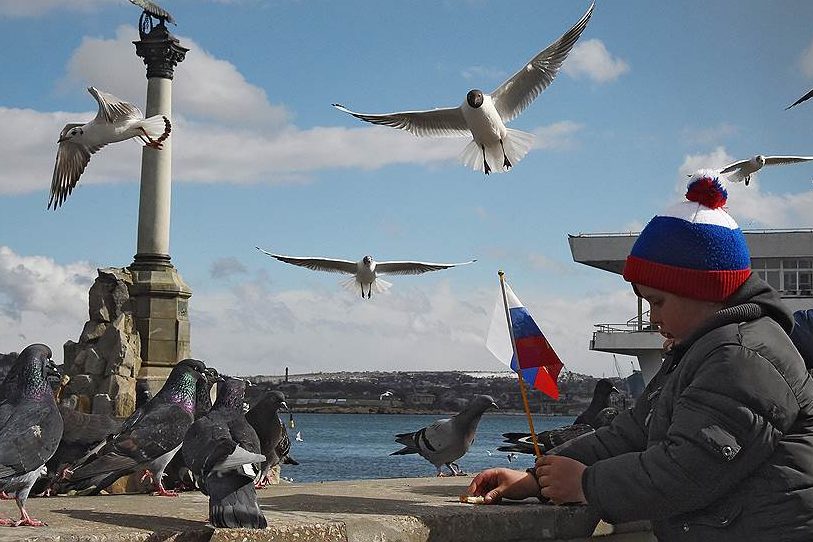 The Public Chamber of the Crimea has created a “Crimean dossier” – a list of politicians, artists, singers, journalists who publicly do not recognize the Russian status of the Crimea. This was stated by the chairman of the Chamber Grigory Ioffe. He said that the list will be supplemented on a regular basis, and the people who got into it called it “the haters of Crimea”. Among them were: writer Boris Akunin, actress Liya Akhedzhakova and musician Andrei Makarevich. Crimean Tatar activist Nariman Dzhelalov called the initiative of the OP “stupidity” and “obscurantism”. Lawyer Alexander Talipov noted that the creation of the list of “krymonovenistniki” has no semantic load.

The Crimean Opposition created a “Crimean dossier” of politicians and artists who do not recognize the outcome of the 2014 referendum on the accession of the peninsula to the Russian Federation. According to the chamber chairman Grigory Ioffe, the list included a former vice prime minister of Crimea Andrey Senchenko, Ukrainian human rights commissioner Lyudmila Denisova (former minister of economy of Crimea), former Crimean prime minister, former deputy of the Supreme Council Sergey Kunitsyn, rector of the Taurida National University that opened in Kiev after 2014 Vladimir Kazarin, and several Ukrainian journalists. There were also Russian citizens in the dossier: singer Andrei Makarevich, actresses Liya Akhedzhakova and Ada Rogovtseva, actor Mikhail Efremov, writer Gregory Chkhartishvili (Boris Akunin) and others.

Deputy Chairman of the Crimean Autonomous Region Aleksandr Formanchuk explained that the “Crimean dossier” is being created in order to inform the Crimeans about the attitude of various political and public figures to them.

The decision to include the “Crimean dossier” will be the monitoring group of the OP. The list will be published on the website of the Crimean Chamber. In addition to the names and surnames of the “Crimean haters”, there will be links to quotations about Crimea, which led to the inclusion of a person in the list. Alexander Formanchuk believes that “the Crimean dossier” will not be analogous to the Ukrainian site Peacemaker, as the information will not be passed on to law enforcement agencies, and the addresses and other personal data of people on the list will not be stored.

The activist of the Crimean Tatar national movement, Nariman Dzhelalov, called the idea of Crimea’s OP “stupidity” and “obscurantism”, expressing the opinion that the list was needed to create an “atmosphere of hatred.”

Instead of looking for a public compromise, the OP draw the line: here people are right, but here – not. And those who are wrong, will be hated, “Nariman Dzhelalov said.

He believes that the creation of the “Crimean dossier” violates the right of people to their own opinion, which is guaranteed by the Constitution of the Russian Federation and various international documents.

Crimean publicist and lawyer Alexander Talipov said that the “Crimean dossier” will not have any semantic load. “Well, some Ukrainian politician said that he does not recognize Crimea as part of the Russian Federation. How does this affect us? Why pay any attention to this at all, “he said, noting that getting into the “Crimean dossier” would not be a reason for prohibiting the entry of a foreigner into Russia or for instituting criminal proceedings against a Russian citizen. The constant “incitement of the Ukrainian question” in Crimea, according to the public opinion, will not lead to anything good.