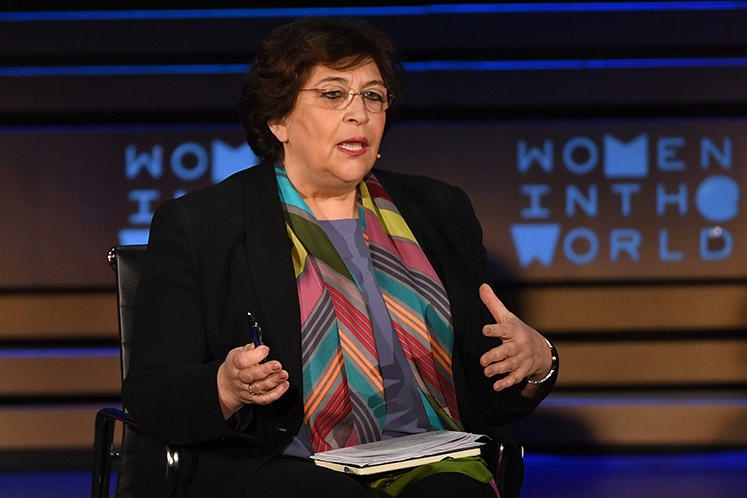 The Committee to Protect Journalists today condemned an exorbitant fine imposed on the independent news outlet The New Times. A Moscow court on October 26 ordered the outlet to pay 22.3 million rubles (US$338,000) for failing to provide financial information under Russia’s “foreign agents” law and ordered the outlet’s editor-in-chief Yevgenia Albats to pay an additional fine of 30,000 rubles, TV Dozhd reported. That writes CPJ.

Russian prosecutors alleged that Albats failed to properly report how The New Times spent funding from the Press Freedom Support Foundation, a non-governmental organization that the Russian government classifies as a “foreign agent,” Albats said in a column published in The New Times on October 29. In the column, Albats said that she reported everything correctly to the proper authorities and added that she would appeal the fine, which she said is the largest ever issued to Russian media.

Under a law adopted in 2012, Russia requires non-governmental organizations that receive international funding to register as “foreign agents.” President Vladimir Putin signed into law an amendment last year to allow authorities to list international media outlets as “foreign agents,” a move that came in response to the U.S. implementing a similar policy regarding Russia’s state-run news outlets, according to reports.

“The exorbitant fine imposed on The New Times is clearly aimed at crippling the outlet and amounts to a direct attack on what is left of press freedom in Russia,” said Gulnoza Said, CPJ Europe and Central Asia Program Coordinator. “We condemn the move and call on the authorities to immediately scrap the fine and stop using the ‘foreign agent’ law as a weapon to silence critical media.”

Vadim Prokhorov, a lawyer representing The New Times, said that the outlet is already constrained by financial difficulties that forced it to stop producing a print edition in June 2017, and that the fine may force it to close, according to Kommersant. Albats told Agence France-Presse that the media outlet would not be able to pay the fines, adding, “This is bankruptcy.”

The New Times is one of the few independent media outlets still operating in Russia, where authorities during President Vladimir Putin’s tenure have stifled all critical press. Those independent news outlets left face intense pressure and threats from the government and its fervent supporters on a regular basis, CPJ has found.

In an interview with RFE/RL, Albats said she believed the court’s decision was intended to punish her for an interview she conducted with prominent opposition politician and Putin critic Aleksei Navalny on the Ekho Moskvy radio station on October 22.

Neither the court that imposed the fine nor Russia’s prosecutor’s office responded to CPJ’s emailed requests today.