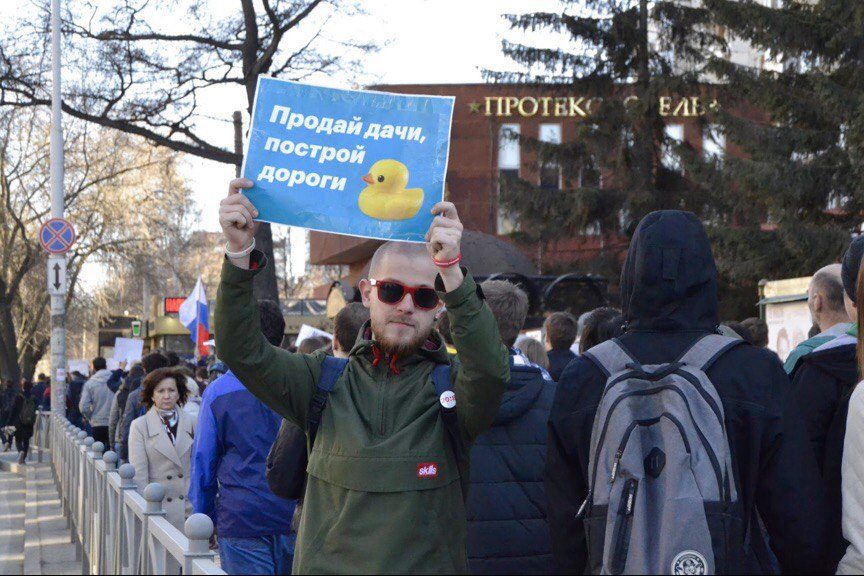 The authorities of Russian cities one by one deny the supporters of the political opponent Aleksei Navalny in carrying out protests against raising the retirement age on a combined voting day on the 9th of September. Refusals have already come from Moscow, Yekaterinburg, Perm, Nizhny Novgorod and Penza. Some protests are still allowed in some places.

The Ministry of the Public Security of the Sverdlovsk region considered the action “one of the forms of election campaigning” that “can negatively affect the voluntary expression of the will of the voters”. This is stated in the reply of the department, published on the website of Navalny’s headquarters in Yekaterinburg.

The ministry also suspected that the event “may be aimed at disrupting the election of deputies of the Yekaterinburg City Duma”. Contrary to the law, the authorities did not offer alternative places for the protests, so the organizers consider the action authorized.

“It is not our intention to break into the polling stations and pry the ballots from the hands of the voters. We are not going to agitate for anyone. Moreover, we do not call for a boycott of these elections – they are simply uninteresting to us,” the headquarters explained. In any case activists are going to hold a rally and a march against the pension reform in the center of Ekaterinburg from Kirov Square to Oktyabrskaya Square.

The Belgorod City Hall did not approve the action on the pretext that the column of protesters will pass 10 meters to the market and houses, and in the Lenin park where the meeting was planned, the stage of the former summer cinema “October” is being renovated. A copy of the letter is posted on the page of the Naval Staff of Belgorod in “VKontakte”.

The holding of a protest against the pension reform in Kazan was planned in a specially created “Hyde Park” in the Tinchurin square, but the city administration said that the only suitable site for the rally is the Yudino village. “The CPRF party held a rally on a similar topic in the same park, for some reason they did not receive a refusal from the city administration” Navalny’s Kazan headquarters said on Facebook.

In its refusal the administration of Kaliningrad referred to the need to ensure security during the elections. Thus, the document says, that the assurance of public order and security of the participants of the Navalny’s rally “will not be possible”.

The authorities of Nizhny Novgorod refused supporters of the opposition based on the fact that Bolshaya Pokrovskaya Street, where the protest was planned to happen, is one of the places where “public events are forbidden” – because of the proximity to the buildings of the judiciary and educational institutions.

For the same reason, activists were refused in Ufa, reports “Idel.Realii”. They wanted to march from the State Concert Hall “Bashkortostan” along Lenin street with a rally in front of the government house of the republic, where the residence of the head of the region is located.

To secure, the application for a rally in front of the Ufa Sports Palace was also filed, but this place did not suit the officials. The government said that another event has already been planned in the square in front of the palace.

In Prikamye, a split occurred among officials: the Perm authorities banned protests in the city center, citing the holding of the International Permian Marathon, and they sent the opposition to the beach. The organizers did not agree with this proposal, writes Kommersant.

In the second largest city in the region, Berezniki, Navalny was given a green light, he was allowed to hold a rally in the Pervostroiteley Square, which is located in the central part of the city.

The Cheboksary administration was also loyal, allowing the supporters of Navalny to hold a rally in the Victory Park. This option was fine by the organizers.

In Yaroslavl, officials did not find a free place for Navalny’s protest, saying that cultural, sports and other mass events will take place on September 9th.

Not a single piece of free land was found in Tomsk, although only 100 people were declared for Navalny’s rally. “According to their [authorities’] version, a whole kaleidoscope of events will be held in the place declared by us at the same time,” noted the opposition’s headquarters in Tomsk.

The administration’s response, for example, says that in the Lagerny Garden, which the protesters planned to be the place of rally, on the election day, “a public event will be held to attract citizens to the information cubes with the slogans “Homeland! Freedom! Putin!” This, apparently, is no longer considered agitation, which can affect voters.

No less valid reason for refusal to support the supporters of Navalny was found by the authorities of Penza: on the Moscow street, according on which the opposition planned to march, a seasonal fair was launched, within the framework of which the children’s attraction “Happy Train” works.

The route lies in such a way that “it does not allow the assurance of safety of the participants in the procession,” the administration explained. At the same time the train will not impede the holding of cultural and sports events organized by the authorities for the youth.

The authorities of Samara note that the route announced by the activists will be held in close proximity to children’s educational institutions, hospitals and churches, as well as through places where other activities are planned, “Ekho Moskvy” reports. In Tolyatti, it was proposed to move the action against raising the retirement age to the outskirts.