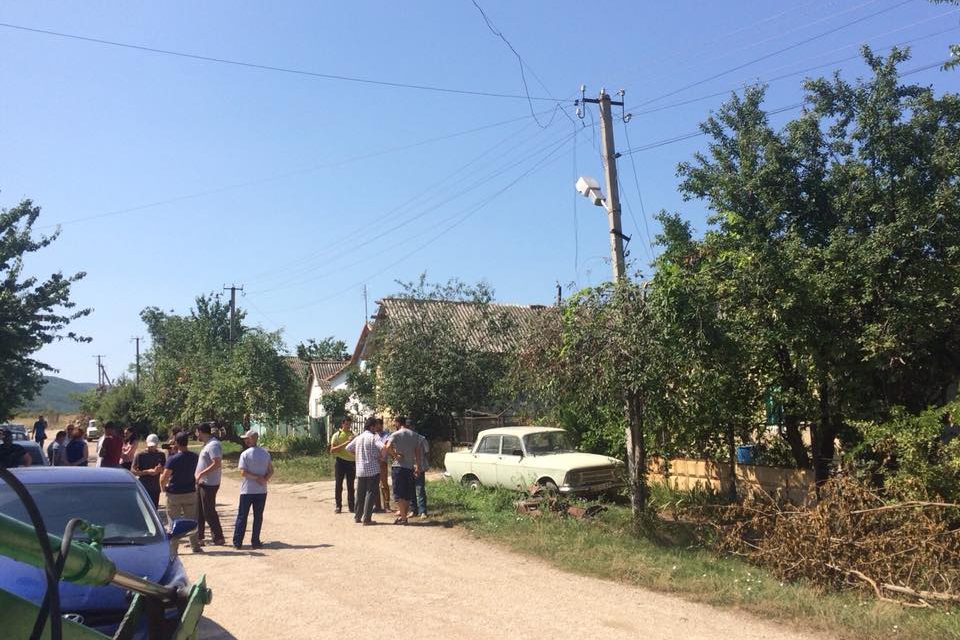 In Simferopol, Olga Pavlenko, activist of the Ukrainian Cultural Center had been searched. This is written by the Crimean Human Rights Group. The search in Pavlenko’s house began at 6:46 am. It was carried out by the FSB officers following the decision of the Kiev District Court of Simferopol. We don’t have all the details yet.

UPD Journalist, Anton Naumlyuk, wrote on Facebook that the search of the activist’s house was completed. They took her computers.

The journalist noted that Pavlenko was summoned to the FSB administration for a conversation.

According to Naumlyuk, the search was conducted on suspicion of involvement of the activist and her relatives in the Ukrainian association “Right Sector” – in Russia it is recognized as an extremist organization. The journalist claims that the court issued orders for the searches of several individuals.

In February, the Crimean prosecutor’s office summoned the participants of the Ukrainian Cultural Center to a conversation and came to the library of Simferopol with a check, where the activists held events.

In addition, according to activists, the printing houses refused to print the newspaper “Krimsky Teren” in Ukrainian, which is published by the Ukrainian Cultural Center. The printing houses are referring to letters from law enforcement agencies in which the newspaper is called “extremist material.” In August 2017, the head of the center, Leonid Kuzmin, left Krym because of threats. Kuzmin received various messages saying that he would share the fate of Vladimir Balukh, a Ukrainian activist, convicted of possession of explosives and ammunition. The head of the center noted that the authorities of Crimea are going to “clear the field before the elections”.