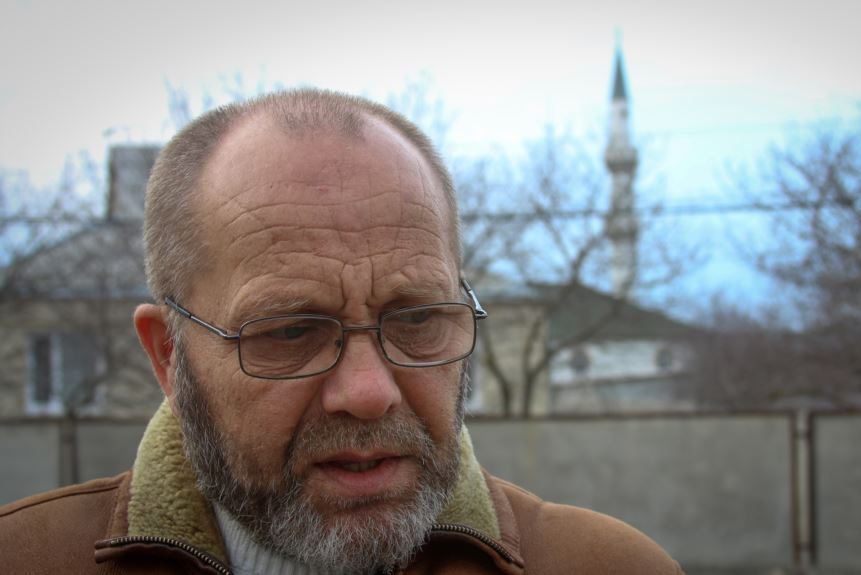 In Belogorsk, Russian police officers interrogated the Crimean activist Abdureshit Jepparov in relation to the activities of the “Crimean Idea” movement, created in May, which had declared the main goal of its activities to be “the revival of the Crimean Tatar national movement.”

Two in uniform and in white shirts remained in the car and the senior lieutenant in a black uniform got out to speak to me.

He was introduced as an operative in the Criminal Investigation Department of the Ministry of Internal Affairs of Russia in Belogorsky District. His name is Muratov Nariman Rustamovich.

He said that he was instructed to interview me from Simferopol about the activities of the “Crimean idea”, – the human rights activist said.

According to Dzhepparov, the law enforcer stated that “there are already a lot of questions” to the human rights activist, he was holding a printout of the news from Crimea.Reality about the Sunday meeting of activists of the Crimean idea in Belogorsk. “He asked to name the activists shown in the photo, he was especially interested in Rolan Usmanov.

I did not answer any of his questions, but suggested arriving tomorrow at 4 pm, when my lawyer will be with me, – the human rights activist told Crimea.Reality

There are no public comments of Russian law enforcers on this issue.

In Belogorsk on May 27th at a meeting of Crimean activists it was decided to create a social movement called “Crimean idea”.

On July 29th activists of the Crimean idea at the meeting in Belogorsk determined the main goal of their activity – the revival of the Crimean Tatar national movement, they will hold meetings in the Crimean regions to create an extensive network of activists.

After the annexation in Crimea, the actual Russian authorities practice mass searches of independent journalists, civil activists, activists of the Crimean Tatar National Movement, members of the Mejlis of the Crimean Tatar people, as well as the Crimean Muslims that were suspected of links with the banned organization called Hizb ut-Tahrir in Russia.