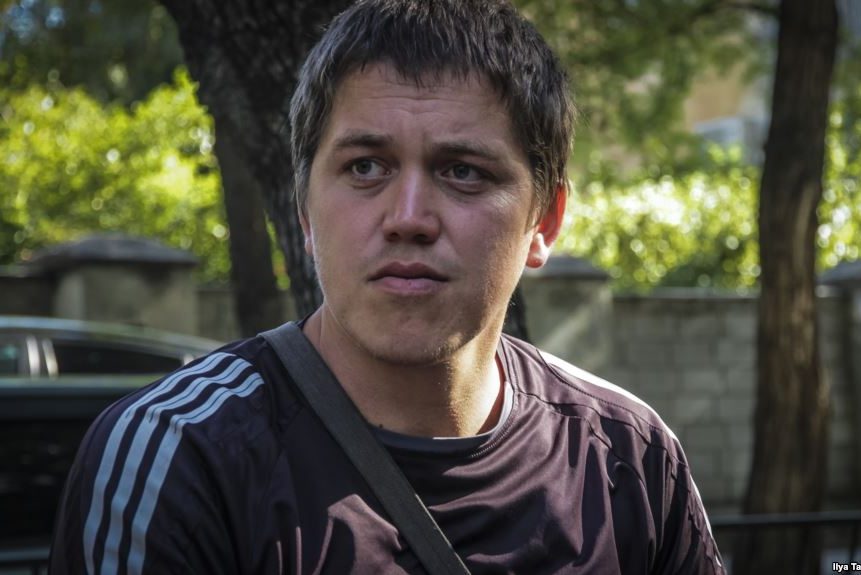 The criminal bodies in the Crimea initiated two criminal cases against the Crimean Tatar Renata Paralamov, who was taken away from home in September of the last year and tortured by unknown people wearing masks without identification marks. This was revealed on June 30th in a meeting of the public association “Crimean Solidarity” by the lawyer of the Paralamov family Emil Kurbedinov.

“I just found our yesterday that the military prosecutor’s office refused to open a criminal case against the FSS officers who searched Renat Paralamov’s living quarters, and later took him away with a bag over his head and tortured him. ” However, at the same time, two criminal cases were brought against Renata on articles on illegal trafficking of explosives and ammunition, “said Kurbadinov.

According to the lawyer, Crimean lawyers collect all necessary documents to transfer the case of Paralamov and other abducted Crimeans to the international institutions, in particular, the UN Special Rapporteur on tortures.

“Recently we spoke with the UN special rapporteur on the torture, subjected in Crimea, of the detainees and those who are taken from the house after a search to an unknown direction. They told about the case of Renat Paralamov and Reshat Ametov in detail. In the near future, we will provide a special appeal to the special rapporteur so that he can file claims to the Russian Federation, “- said a lawyer Lilja Gemedji.

On the topic: “Beaten by Fists and electricity”: kidnapping and liberation of Renat Paralamov

In the morning of September 13, 2017 a search was carried out in the Crimean village of Nizhnegorsk, in the house of the Crimean Renat Paralamov, which the security officers called their search: “survey and investigative actions.” The lawyer suggested that the “inspection” may be related to the religious activity of Paralamov. According to eyewitnesses, people wearing masks without unmarked signs on the uniform took Paralamov away to an unknown direction. Later it became known about the seizure of a book and laptop from the house of Paralamov.

Paralamov got in touch with his relatives on the afternoon of September 14. He was found at the bus station of Simferopol. Later, Paralamov said that “unknown people tortured him, put a sack on his head, gave discharges with bare wires.”

After these events, Paralamov moved to the mainland Ukraine with his family.