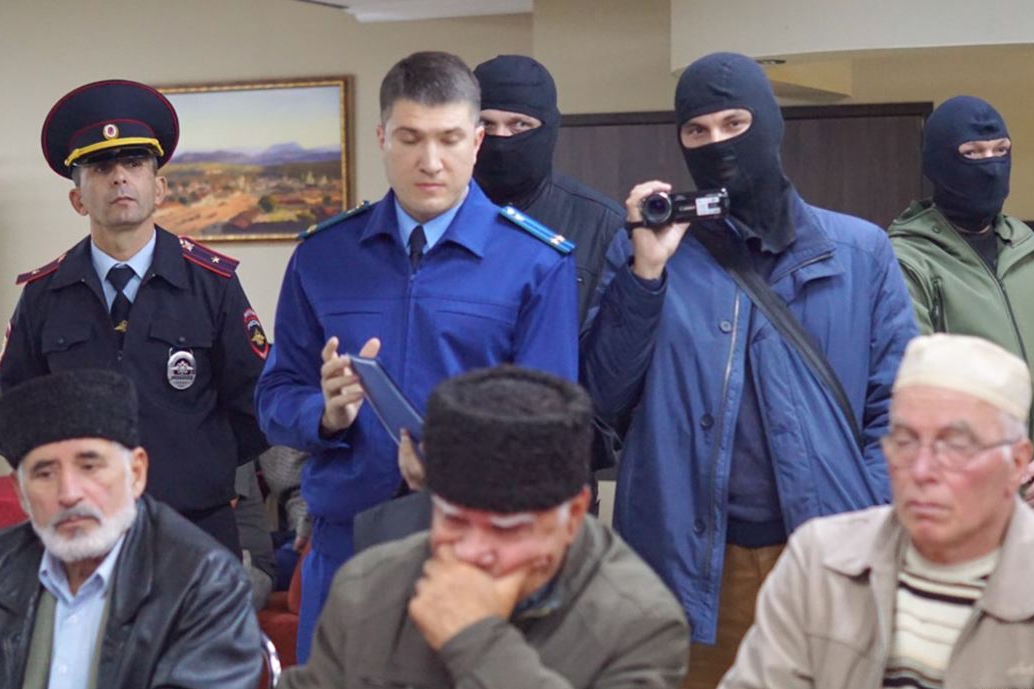 On October 27, 2018 representatives of Crimean occupying authorities stormed a meeting of the Crimean Solidarity. Officers of the Prosecutor’s Office and law enforcement served the defenders and lawyers of Kremlin’s political prisoners notices warning them against violating anti-extremism law as well as the law on gatherings, rallies, demonstrations, processions and pickets.

In particular, notices were served to lawyer Edem Semedliayev, lawyer and human rights defender Liliya Hemeji, and Crimean Solidarity coordinator and human rights defender Diliaver Memetov. Incidentally, the lawyers were discussing with the participants of the meeting issues dealing with legal protection of persons prosecuted by Crimean occupying authorities in unjust political trials.

Ukrainian human rights organisations initiated a statement to condemn the recent threats as we might expect the new wave of persecution in Crimea and we ask the members of the Solidarity Platform to support the letter.