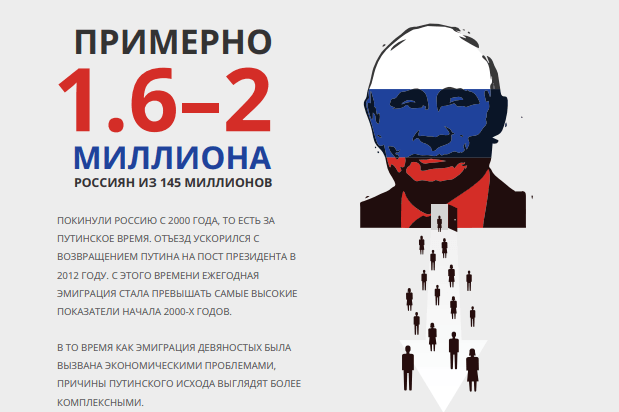 Human capital is fleeing Russia. Since President Vladimir Putin’s ascent to the presidency, between 1.6 and 2 million Russians – out of a total population of 145 million – have left for Western democracies. This emigration sped up with Putin’s return as president in 2012, followed by a weakening economy and growing repressions. It soon began to look like a politically driven brain drain, causing increasing concern among Russian and international observers.

In this pioneering study, the Council’s Eurasia Center offers a clear analysis of the Putin Exodus and its implications for Russia and the West. The study, which is authored by Ambassador John Herbst and Dr. Sergei Erofeev, examines the patterns and drivers of Russian emigration to the West since 2000 based on the findings from focused interviews and surveys with new Russian émigrés in four key cities in the United States and Europe.

North Central Europe has become the central point of confrontation between the West and a revisionist Russia. Under President Vladimir Putin, Russia is determined to roll back the post-Cold War settlement and undermine the rules-based order that has kept Europe secure since the end of World War II. Moscow’s invasion and continued occupation of Georgian and Ukrainian territories, its military build-up in Russia’s Western Military District and Kaliningrad, and its “hybrid” warfare against Western societies have heightened instability in the region have made collective defense and deterrence an urgent mission for the United States and NATO.

The United States and NATO have taken significant steps since 2014 to enhance their force posture and respond to provocative Russian behavior. Despite these efforts, the allies in North Central Europe face a formidable and evolving adversary, and it is unlikely that Russian efforts to threaten and intimidate these nations will end in the near term. Now, ahead of NATO’s seventieth anniversary there is more that can be done to enhance the Alliance’s deterrence posture in the region. Against this backdrop, the government of Poland submitted a proposal earlier this year offering $2 billion to support a permanent US base in the country. While negotiations are ongoing, the issue is fundamentally about what the United States and NATO need to do to defend all of Europe.