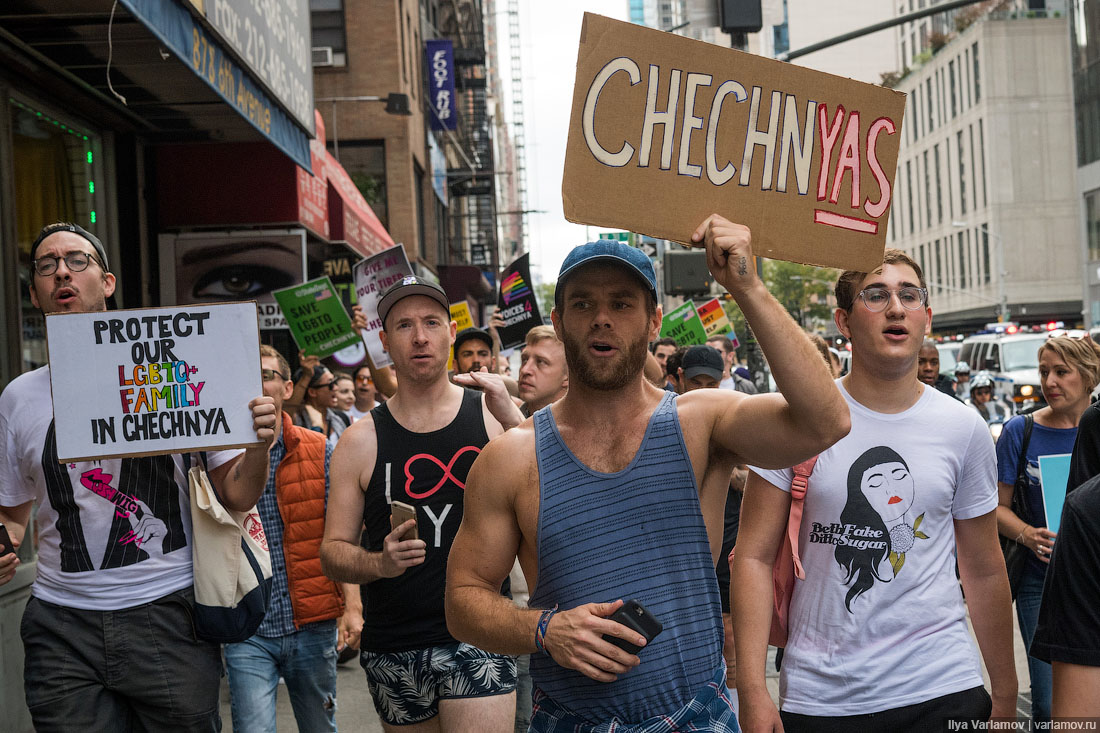 Since the beginning of the 2017, at least 125 people have left Chechnya because of the persecution of LGBT by local authorities, the Russian LGBT Network reported.  “There are 49 people among them who were detained in Chechnya by law enforcers and questioned. They were required to confess to non-traditional orientation and to share data about acquaintances. Of those who were detained, 37 people told of torture and imprisonment from three days to three weeks. The rest are partners and family members of the victims, who also received threats, “the representative of the movement told the newspaper.

He added that most of them have already left abroad, but some still remain in Russia. Novaya Gazeta wrote that in mid-July in St. Petersburg, a 20-year-old Chechen citizen Zelimkhan Akhmadov was kidnapped, who was hiding from his parents because he was gay. The kidnapper turned out to be the young mans’ father, he was detained by the special forces. According to Kommersant, Akhmadov himself has left the country following the events.

In spring of 2017, Novaya Gazeta ran articles on the persecution of gay people in Chechnya, some of whom were tortured or killed. The publication also wrote about the existence of a “secret prison” for gay people in the country. The information about the detention of gay people was called a “joke” by the Interior Ministry of Chechnya, while Chechnya’s leader Ramzan Kadyrov’s press secretary stated that if there were gays in the country, they would be “sent to the address from which one does not return.”