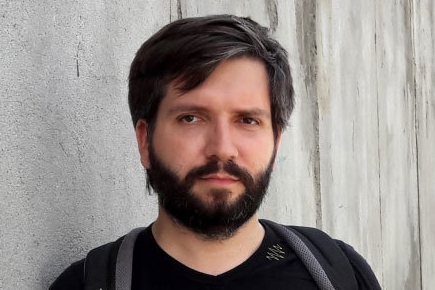 In Ingushetia, an Amnesty International researcher Oleg Kozlovsky was kidnapped. He was monitoring the protests against the transfer of the land to Chechnya. As reported on the website of the international organization.

On October 6, the day after Kozlovsky arrived in Magas, a man knocked on his hotel room door. Using false information that one of the organizers of the protests wanted to see him the stranger lured him into his car. They took Kozlovsky out of the town, took all of his clothes and started to beat him.

They put a gun to my head and said they were going to kill me. The men called themselves employees of the local Center for Combating Extremism. They demanded from me the names of my contacts in Ingushetia and threatened to kill my wife and children if I report about what happened, ” the researcher said.
They demanded Kozlovsky to tell who he was working for and were forcing him to become an informant. They also photographed Kozlovsky naked, threatening to post his pictures and rape him. Then they brought the researcher to North Ossetia and released him at the airport warning to never come back and not write about Ingushetia.

Amnesty International addressed Russian law enforcement agencies, but so far nothing has been reported about their reaction. Kozlovsky tweeted that he had now left Russia.

Kozlovsky is one of the protesters who in April 2016 told everybody about the hacking of their Telegram accounts via copied SIM-cards. The Investigation Committee did not recognize any incidents of a crime in it.

Since the beginning of October, protests have been held in Ingushetia against the transfer of the part of the land to Chechnya.