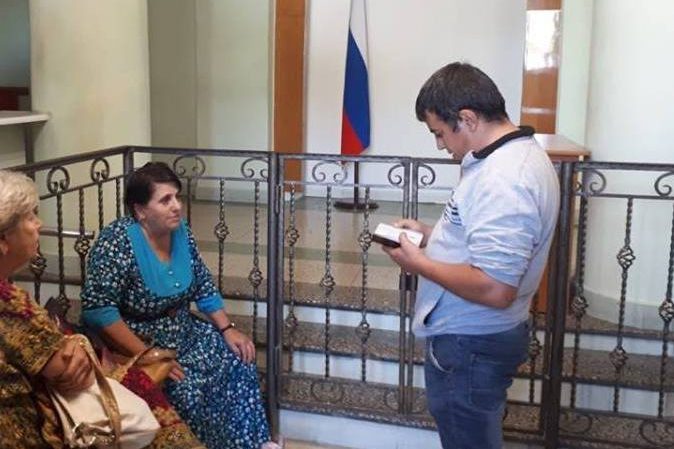 The Supreme Court of Crimea, controlled by Russia, extended the detention of the “Hizb ut-Tahrir” defendants in the Bakhchisarai case through December 9. The defendants include Timur Ibragimov, Marlen Asanov, Ernes Ametov, Server Zekiryayev, Seyran Saliev and Memet Belyalov. This has been reported by “OVD-Info”, citing the Facebook page of the social association “Crimean Solidarity”.Court hearings were held behind closed doors. On the 5th of October, the detention of two more defendants in the case, Srver Mustafayev and Eden Smailov, was extended for a similar period.

On the 11th of October 2017 the houses of the six Crimean Tatars were searched, after which they were arrested. The lawyer reported that the men were transported with bags over their heads.

Two days later they were arrested.

The “Memorial” notes that the defendants were actively involved in “Crimean Solidarity”, an association that provides legal, informational and material assistance to the Crimean Tatars and Muslims who have been persecuted by the authorities and their families.

“Hizb ut-Tahrir” is recognized in Russia as a terrorist organization.

In various regions of the country, cases of terrorism have been established and members of the association have been accused and sentenced to varying terms in a high-security penal colony based solely on the argument that they were meeting in apartments, reading religious literature and recruiting new members.